Mount Ol Doinyo Lengai is an active volcano mountain in the Gregory Rift Valley, located south of Lake Natron, within the Arusha region. Its Elevation is 2,980m above sea level. Ol Doinyo Lengai is a Maasai tribal language that means “The mountain of God”. It is the world’s only natrocarbonatite Volcano with unique lava with almost no silicon and its temperature is not as high as other lavas, approximately 500-600 degrees Celsius. The natrocarbonatite lava looks like fluid black oil and it turns white when it comes in contact with the object full of moisture, most of the time this whitening happens during the rainy season and that is the reason that if you look from afar at the top of the mountain it looks like a snowcapped mountain, but it is the white caused by this unique phenomenon. The last bigger eruption happened in 1966 with some smaller eruptions in 1983, 1933, 2007, and the most recent one at 2013. The Maasai community living around the mountain believes this Mountain is a sacred mountain, where they worship and doing their traditional ceremonies and sacrifices. Climbs are mostly planned during the midnight to reach the summit during the sunrise. From the summit, you can see a beautiful view of Lake Natron and Gregory Rift Valley.

Although it is a day hike, don’t underestimate this hike as it is a challenging one because the Mountain is quite steep and the ground there is unstable.

Day 1 : From Arusha To Lake Natron

After breakfast at the hotel in Arusha, start a journey of 4-5 hours to Lake Natron. Part of the way is off road on a rough path, which requires us to ride with a 4WD vehicle. The road is quite interesting and full of wildlife such as ostriches, zebras, giraffes and more. After arriving at the campsite/Lodge at Lake Natron, you will get a little rest. Later on we will visit the lake and afterwards take a walk to Engero Sero waterfalls which is a hike through a shady gorge inside the water up to knees high. At the waterfalls where you can swim, take pictures, and relax. Coming back to the campsite/Lodge for dinner, resting and to getting ready to wake up at midnight to hike Ol Doinyo Lengai.

Day 2 : Ol Doinyo Lengai Hike And Back To Arusha

You will wake up at around 11pm to prepare, have a cup of tea/coffee and some snacks, ready to start. You will drive by car to the starting point. You will start the hike and on the way to the summit, you will see a beautiful sunrise and breathtaking views from above of salty Lake Natron, Ngorongoro highlands and Gregory Rift Valley. The trail is very steep climb at some parts, what will put your endurance and toughness to the test. Each climber will carry water and some food, arranged by the chef at the campsite before the hike. On the way you will have a break for light breakfast to keep your energy up. After summiting, you can enjoy the views from the summit and to hear the volcanic activity in the crater. After spending some time at the summit, you will start descending down to the starting point. You will meet the car waiting for you there to bring you back to the campsite/Lodge for Lunch and after starting a trip back to Arusha.

Estimate hiking time: 6-7 hours up to the summit; 5-7 hours back to the starting point 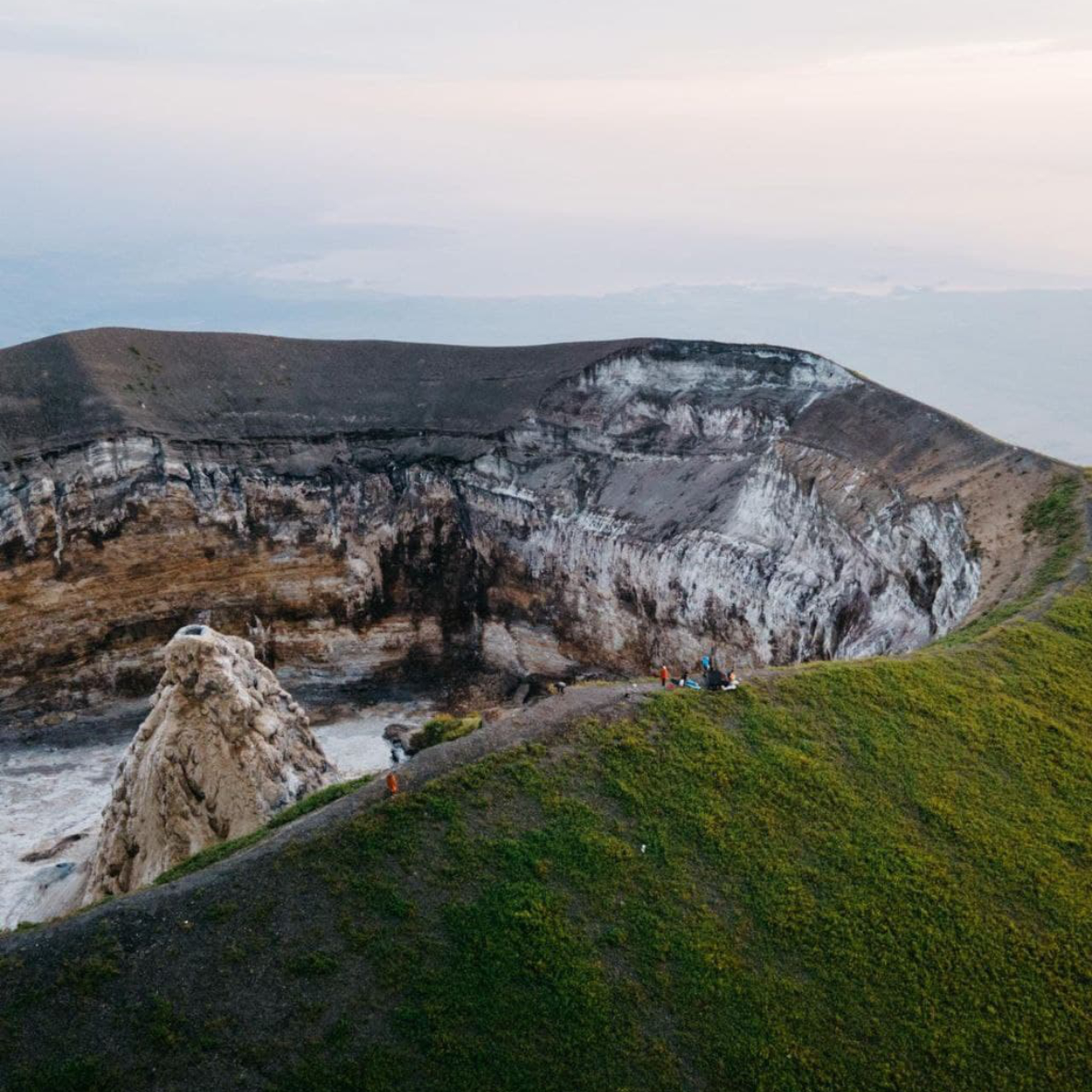