Arusha national park is the closest national park to the city of Arusha. The most popular destination for day trips, Mount Meru is found within this national park and you can see some spectacular views of the mountain from there. There are various of activities in the park, such as game drive by safari car with a pop-up roof, which you will be able to see wild animals such as Zebras, Waterbucks, Bushbucks, Elephants, Giraffes, Dik-Diks, Hippos, Buffaloes ,black and white Colobus Monkeys and you may even spot a Leopard if you are lucky enough. You can also do walking safari in the park, accompanied by armed ranger, this experience can make your connection with nature even deeper. You can choose the duration of the walk, and the difficulty of the route.

There are some beautiful sites within the park such as Ngurdoto crater, Arusha waterfall and Momella lakes, where you can do canoeing near the Flamingoes who fed in the shallow water. You can also visit Ngurudoto Museum in the park, and there are numerous places for picnic.

Tarangire is the sixth largest National park In Tanzania, located in Manyara Region. The name of the park originated from the Tarangire River that crosses at the park. The River is a permanent river – flowing all year long, even on the dry season, while most of the region is completely dry. Due to that reason, during the dry seasons (June-September), thousands of animals such as Wildebeest and Zebras Migrating to the park. The park covers area of approximately 2850 square kilometers (1100 square miles) and it is very famous for high population of elephants and African baobab trees. The park is around 3.5 hour drive from Arusha, and it’s totally worth it for a one day safari tour as the park offers a unique chance to see wildlife in a less crowded park.

This is one of the world-class tourist destinations, famous for wildlife co existing with semi nomadic Maasai pastoralist practicing traditional livestock grazing. The area consists of the spectacular Ngorongoro crater, which is the world’s largest unbroken Caldera in the eastern (great) Rift Valley. there is a large population of wild animals in the crater, including the only visible populations of Black Rhinoceros in their natural environment. Ngorongoro crater is a home to a population of about 25,000 large animals. It is also home for about 500 species of birds. The crater covers the area of 304 square kilometers and its diameter is 19.5 km, while its depth is 630m with the floor dominated by open grass.

Ngorongoro crater is the most crowded place of wild animals, and it is the place to with the highest chances to watch all the “Big Five”, what makes it highly recommended for a one day trip if you are short in time but still want to experience wildlife in Tanzania.

Lake Manyara national park located 126 kilometers from Arusha, which is around 2 hour drive. It is most famous for the tree climbing lions. Majority of the land area of the park is a narrow strip running between Gregory Rift valley on the west side, Lake Manyara on the east side. The lake covers most of the park size, as around 60% of the park is the alkaline water lake, which attracts a lot of Flamingos that inhabitant the lake. Other wildlife in the park includes more than 400 species of birds, Wildebeests, Zebras, Buffaloes, Giraffes, and Lions. The park is also known for the large population of Elephants.

Lake Manyara is a great option for a day trip for lovers of wildlife. 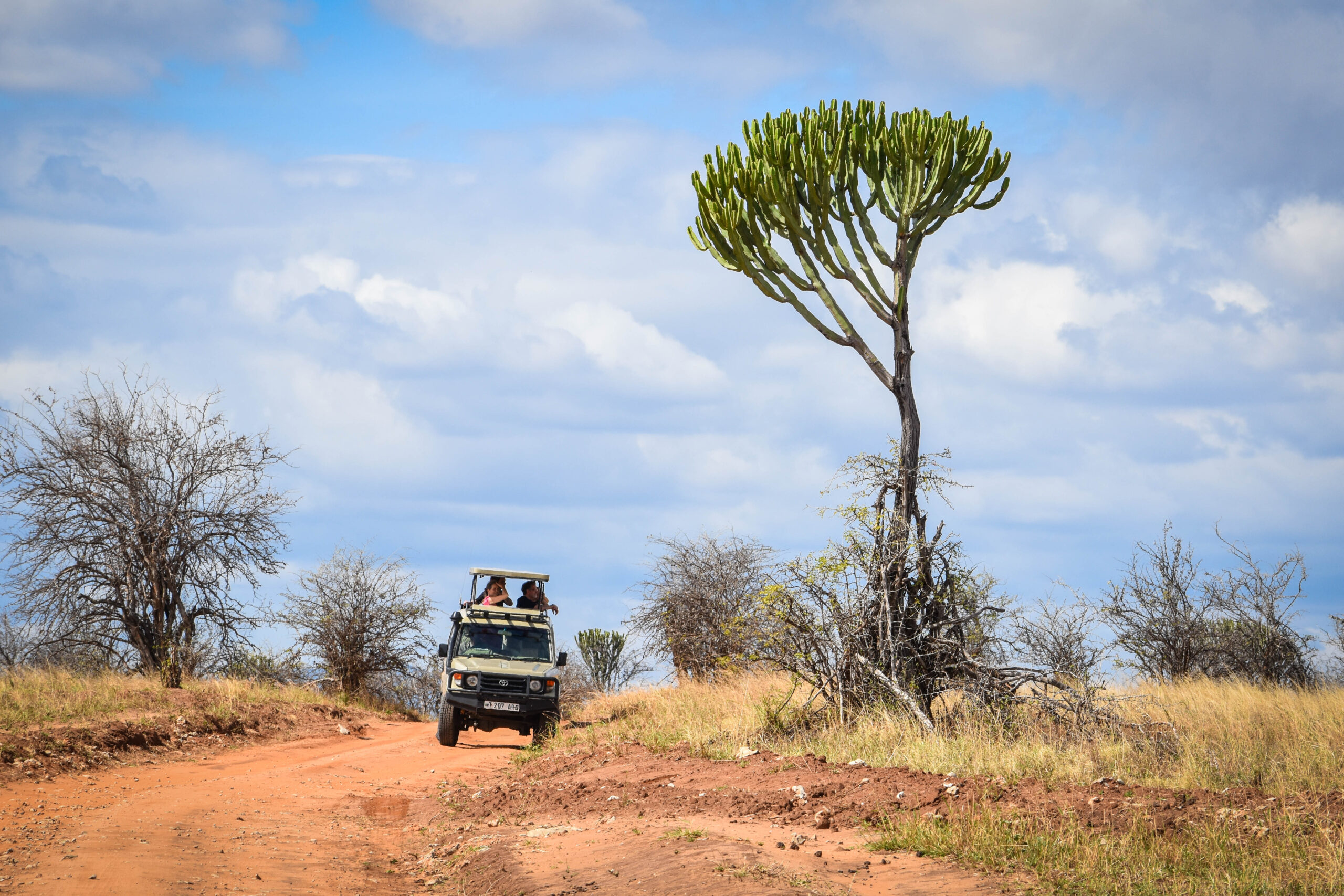